I find it pretty funny that Nvidia is pushing hard to reduce the demand for gaming cards by making most of them LHR and less desirable for miners. Then they produce a happy accident that is the holy grail for GPU crypto mining! The RTX A2000 is meant to be for entry level desktop workstations, for using AutoCAD or Solidworks or similar programs. It isn't a powerhouse in this arena but was meant to provide an affordable entry level option for these types of systems. Unfortunately for Nvidia I don't think many of them will make it into desktop computers. They will all be crunching numbers in mining farms somewhere! 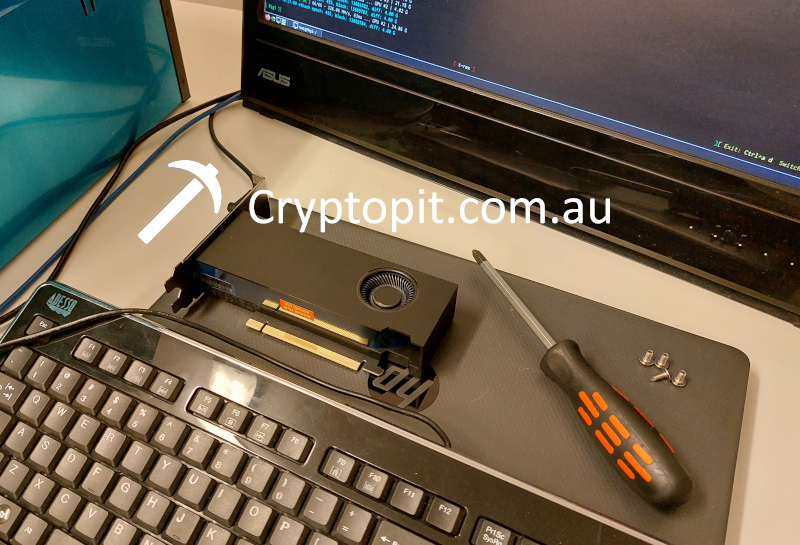 The first thing you will notice about these cards is they are tiny! See the above picture, screw driver for scale. I was skeptical that these would perform as reported, it just seems there is just not enough card there. The second thing you will notice is that there is no PCIe power connector. That's right you don't have to plug any extra power into the card. The card gets all it's power through the PCIe slot in the motherboard. It draws a maximum of 70w of power. That is all, it can't use any more power than that. And this is part of the reason the card is so efficient. Good hash rate and very low power use. 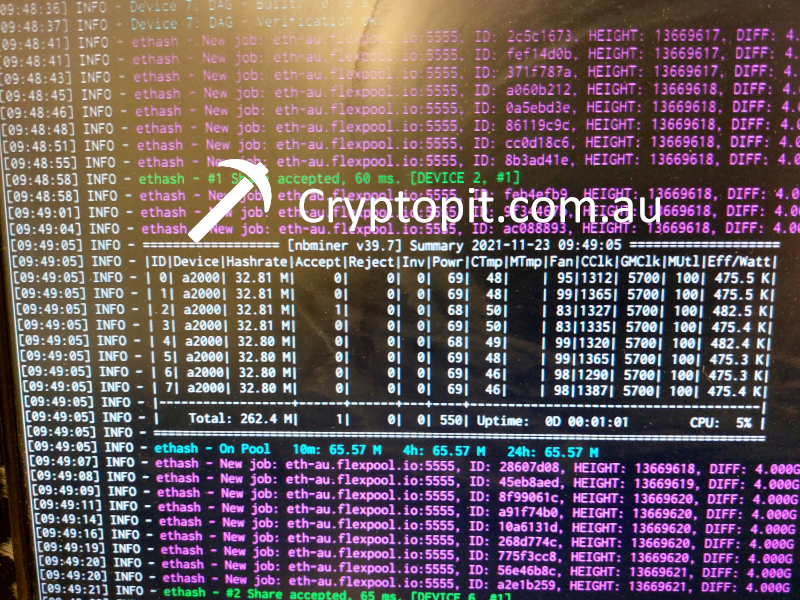 So I am happy to take a gamble, and I purchased 8 of these cards to test in a rig. Go big or go home right? See above for stock no overclock performance mining Ether. 32.8 MH/s @ 69 watts per card. Not bad to start with. But by ramping up the memory overclock to +2700 mhz in Hiveos and setting the power to 68 watts we are able to achieve 40.7 Mh/s @ 68 watts. And by anyone's standards for mining Ether that is pretty excellent. Do you think you could get an RTX 3090 to hash at 123 MH/s using 204 watts of power? I don't think you could. This is what three of these RTX A2000 cards will do. And the cost of three of these cards is equivalent to the cost of one RTX 3090, but with the three cards, you'd be mining more efficiently using less power.

Unfortunately for NVidia I believe they've created the ultimate mining card by accident. I don't know if part of their QA checks before they release a GPU for mass production involves benchmarking the Ethash rate, but if it doesn't it should! This card was selling for $699 when it was first released. Crypto miners quickly took advantage of this arbitrage opportunity. At this price the payback period on an 8GPU rig was about 6 months! Now the price, if you can find them, is more like $1299. The market will always drive out any mis-pricing by retailers. All I can say now is sorry to the Architects and Engineers. You can go and join the Gamers in your fight for reasonably priced GPU's. I wish you the best of luck.

I have yet to test these cards mining with other algorithms. At the moment Ethash is the most profitable so lets stick with that until it goes PoS! 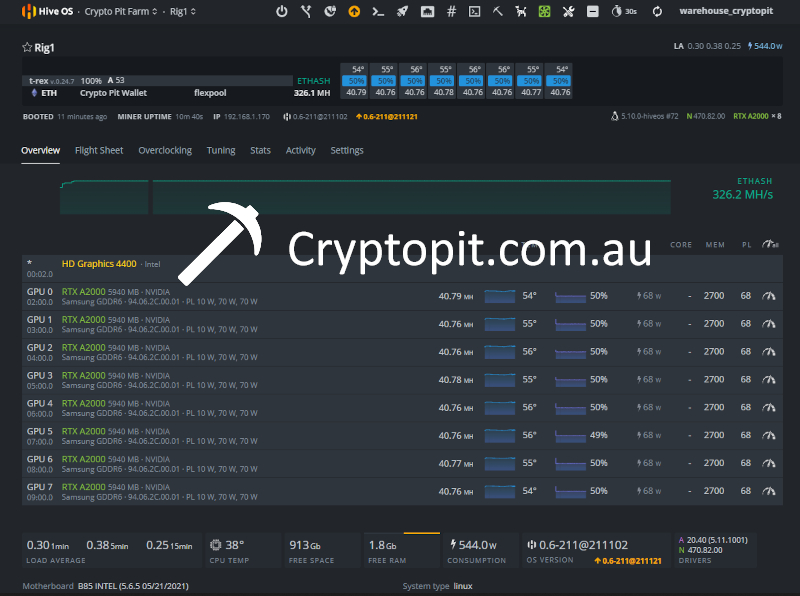 The Verdict : These cards a the most efficient Eth mining cards currently available (November 2021)

Next : Enquire About a Mining Rig
Take Our Crypto Mining Course!
(11 Videos, 2 hours of Content) 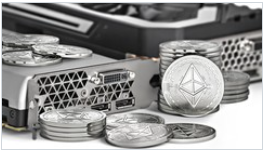